The multi-specialist with a presence in all markets

The company, which has established itself as a multi-specialist, has a presence in sectors as diverse as the mechanical, the electrical, aerospace, electronics, public works, building and the automotive industry.

The goal is clear: to win recognition, in each professional sector, as the manufacturer capable of ensuring quality of production, capacity of innovation and guarantee of service tailored to each business.
This evolution allows the reconciliation of human progress, by reducing strenuous work, with industrial progress, by improving the quality of the products. Not to mention social progress, with savings in energy and raw materials or recycling industrial waste.

This network is supported by more than 200 commercial advisors or active representative partners of the distributors. Over the last decades, FACOM has continued to respond to ever-changing technological challenges. 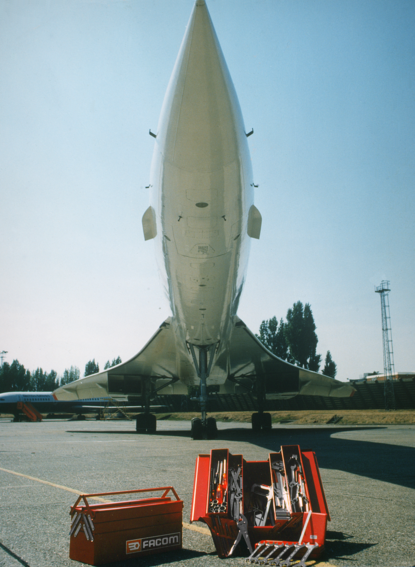 On the main European racing circuits, from F1 Grand Prix to promotion races, the Facom Technical Assistance truck is a familiar feature, lending all the catalogue tools to any pilot entered in the competition.

This tradition of confronting to technological challenges is also intertwined with the progress of contemporary aviation and aerospace. It would appear from television that a FACOM tool was even inadvertently left in one of the satellites sent into orbit by the Ariane rocket. Embarked in space, it seems that it has been wheeling above our heads for years. This would only be the confirmation of the long-standing partnership between FACOM and conquerors of the sky. Many airlines including Air France, British Airways, KLM, Singapore Airlines and Malaysian Airlines, as well as Aérospatiale (Airbus), place their trust in FACOM for the maintenance of their aircraft.

From the infinitely large to the infinitely small, with Micro-TechR FACOM is innovating a new tooling concept for small-scale, precise work. This range meets the needs of such varied professions as the maintenance of electrical goods, embedded electronics in cars or aircraft, watches, personal computing and advanced surgery. The same drive to participate in human progress is found in the conquest of the oceans. FACOM tools now contend with the deep ocean beds (they are world champions in deep-sea work, contributing to the recent world record for descent in diving-chamber of 701 meters) and oil exploration platforms, which put their trust in the reliability of Facom tools. More spectacular, but still in keeping with the FACOM drive to keep in the forefront: the great works and monuments that will serve as symbols of the 20th century. To build the Grande Arche de la Defense or drill the Channel Tunnel, to carve the TGV network into the French landscape or build this train of the future, men have needed FACOM tools to carry out their victorious battle for improved collective quality of life.

And the adventure is not over. From now on it will be able to continue the path laid down by the company's founders: to produce quality tools, innovate in all areas to stay at the forefront, ensure human progress at the same pace as economic progress.
< 1970 - 1990 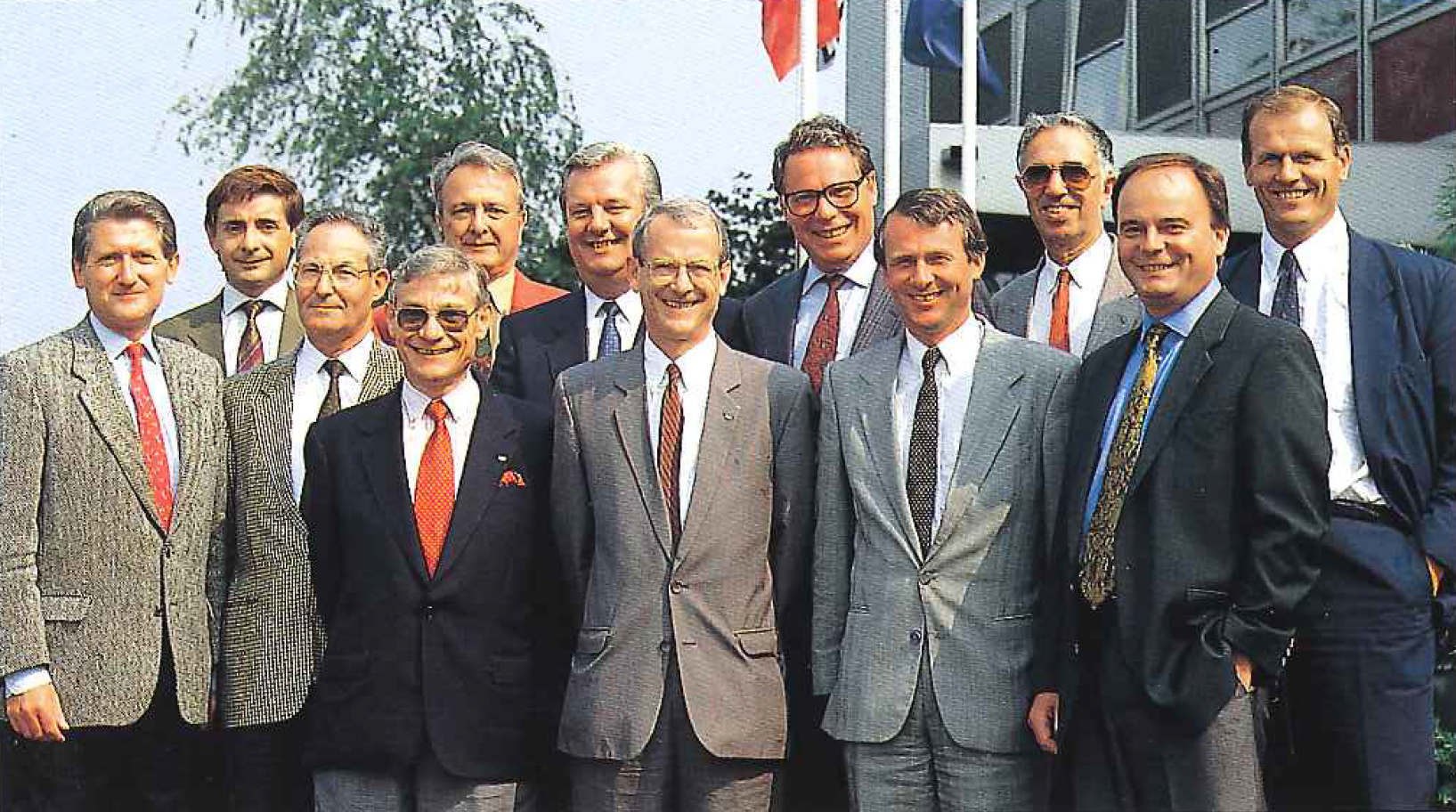 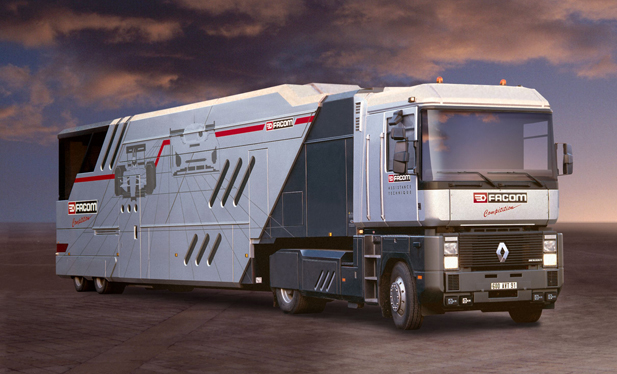